Co-op and condo owners are up in arms over the new preliminary tax rolls issued by the city — which will hit them with an increase twice as large as single-family homeowners.

“It’s terrible. You have a property-tax system that works less and less well for homeowners in co-ops and condos,” said Mary Ann Rothman, director of the Council of New York ­Co-Ops and Condominiums.

Under the new rolls, tax bills going out in July will boost the average single-family home tab by $228 to $4,840.

About 1 million New Yorkers reside in condos and co-ops.

“New York state law requires that we value condos and co-ops as if they were rental buildings,” explained Department of Finance spokeswoman Samara Karasyk.

She noted that the assessment rolls don’t take into account a state co-op/condo tax-abatement program, which will reduce the impact on owners. That law is set to expire July 1.

Even with the abatement, Rothman said apartment owners are treated unfairly, paying a greater share of the tax burden than their single-family neighbors.

Even real-estate vets were surprised that the market value of city properties shot up 9 percent in the latest rolls, after increasing 6.6 percent the previous year.

“We think it’s a little troubling. We were expecting it to be high but it was higher than we expected,” said Stephen Spinola, president of the Real Estate Board of New York.

The value of luxury hotels skyrocketed 65 percent, while “other hotels” fell 2.8 percent despite the tourist boom. 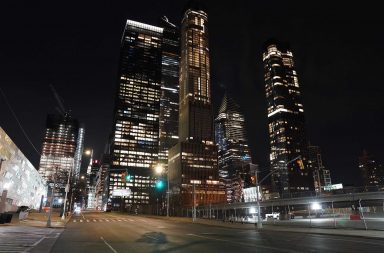