As the industry awaits the litigation of the upcoming constitutional challenges to the newly enacted apartment rent laws, executives are counseling clients and calculating their next moves.

“The scary thing is what it portends for future government actions and the economic impacts,” says Jay Neveloff of Kramer Levin. “It will have a major adverse impact on the New York economy. The pendulum has swung too far now. The [rent] law is terrible and an attempt to shift wealth and is unprecedented and unconstitutional.”

“The mood is ugly — pitchforks and torches,” explains Anthony Malkin of Empire State Realty Trust of the anti-building owner sentiment.

The Rent Stabilization Association and Community Housing Improvement Program (CHIP) are among those teeing up lawsuits. “As a building owner, you are relying on what the state legislature says today, and they say they are only half done and will be back for the other half,” noted Jack Freund of RSA.

Indeed, UBS analyst Jonathan Woloshin, wrote, “We wish to emphasize that these recently passed laws may not mark the end of ‘rent reform’ in New York. A number of tenant advocacy groups including The Upstate Downstate Coalition, Citizen Action New York and The Democratic Socialists of America have been very publicly vocal of their desire for even more stringent rent regulations.”

Woloshin warns, “Laws that artificially restrict permit availability, zoning, developers earning reasonable risk-adjusted economic returns and pricing to market have a greater likelihood of producing the opposite of their intent.”

Meanwhile, normal market forces have caused owners to reduce their retail rents and activity has increased. Owner Philip Sprayregen of Sprayregen Real Estate Advisors says, “Tenants are screaming their rents are too high, but the city was just as greedy. The city is just packing it on. I have tenants that are paying more in taxes than their base rent.”

Water tabs are also killing salons and restaurants. “They might as well tax you for using the bathroom,” Sprayregen says.

Already, investors are looking outside of Manhattan at transit-oriented multifamily assets, says Jason Meister of Ackman-Ziff, who is seeing interest in two White Plains development sites. “Investors are under attack by Albany with actions that include chasing companies like Amazon out, stifling rent regulations, sweeping building emissions legislation, carbon taxes, congestion pricing and [other] tax hikes,” he added.

Freund of RSA is sure “there are people looking to bottom feed.”

The attorneys at Duval & Stachenfeld are informally bringing together those clients who want out and those who want to bulk up on assets. Says Bruce Stachenfeld, “Some perceive opportunity, and others perceive trouble.”

Stay tuned as the piling on of rules, regulations, taxes and tolls chip away at resident and owner incomes and affects the city’s own bottom line.

Startups are taking over the New York real estate market 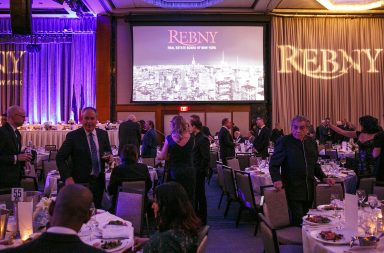 Owners spiff up buildings for new office tenants in 2019

Managing property in NYC is about to get a lot harder