The asking price was $31.5 million and what he got was “very close,” Schrager said.

The domestic buyer was represented by Sotheby’s, while a Douglas Elliman team that includes Kirk Rundhaug and Madeline Hult Elghanayan is representing Schrager.

“In the upper end of the market, people still want to live here. It’s erratic and softer, but sporadically you get these bursts of activity,” Schrager said of apartment tours and contract signings.

The expansive 4,849-square-foot unit includes a portion of the southern roof of the gently curving new project designed by Herzog & de Meuron and now getting its finishing touches along the West Side Highway.

The building’s 57 unit owners will likely start move-ins at the end of the year into 2018, Schrager said.

The four-bedroom, 4½-bath south penthouse also has a huge media room, a fireplace, 251 feet of glass and, like all units in the building, has two kitchens — a “chef’s kitchen” for preparations and a “social kitchen” for the open floor entertaining that matches today’s lifestyle. (Of course, one could be kept Kosher, too.)

But this south penthouse also has a private elevator to the 2,616-square-foot roof deck with a hot tub and “summer kitchen” for barbecues by the Hudson River. “It has sweeping 350-degree views,” Schrager added.

At 7,750 square feet, a larger north penthouse with five bedrooms and four fireplaces is also more expensive — Douglas Elliman shows pricing of $48.5 million, but its roof deck also has its own 27-foot-long pool. Tell them I sent you. 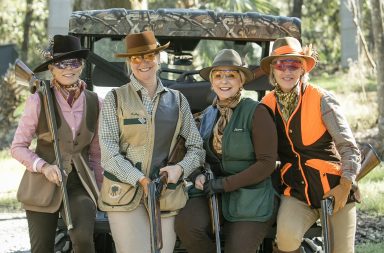