The first cannabis dispensary will be on East 14th Street between Second and Third avenues in the base of a residential building near Stuyvesant Town.

The Post has learned that Columbia Care NY, one of five lucky growers designated by New York state, has signed a lease at 212 E. 14th St., which has been undergoing a gut rehabilitation. The earliest any medicinal, non-smokeable pot can be sold will be Jan. 1, 2016.

The secure facility will include a vault and have 2,000 square feet on the ground and another 1,500 feet in a basement. The asking rent was a blended $100 per foot.

Let by CEO Nick Vita, Columbia Care NY will be growing and dispensing in Rochester at the Eastman Business Park in Monroe County and will have other dispensaries in Riverhead in Suffolk County, and in Plattsburgh in Clinton County.

Michael Dubin of Savitt Partners represented the pharmaceutical pot grower in the dispensary deal, along with colleague Hector Rodriguez. Abraham Dwek of Kassin Sabbagh Realty represented the entity of the Noy family that has a 45-year lease on the premises.

The site is situated between busy Union Square and Stuyvesant Town, with an L train stop in front of the building making it also convenient for Brooklyn patients.

Other boroughs will be served by PharmaCann in the Hunts Point section of The Bronx, while Empire State Health Solutions will open at the Queens Center Mall.

Bloomfield Industries has a growing facility in Long Island City and will also dispense in Manhattan at an as-yet unidentified location. 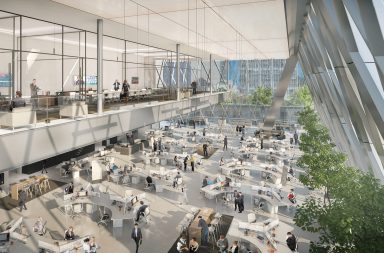