Scores of prominent real estate executives from across the US are heading to Chicago this weekend for one of Sam Zell’s unforgettable birthday party experiences on Saturday night.

Invitees have already been provided black T-shirts — with white feathers on the front and a spheroid on the back — that must be worn for admittance to the Windy City shindig.

The location of the party is kept secret from the hundreds of guests — who will be herded onto buses once they arrive in Chicago and settle into their hotel rooms to ensure the location remains top secret.

The party could take place in the Cinespace Chicago Film Studios, the 1.45 million square foot facility where “Chicago Fire” is filmed, according to Crains Chicago Business, which also tagged Fleetwood Mac as the possible entertainment.

Others, however, have suggested to The Post that The Beach Boys would be the performers.

Zell, known in real estate circles as the “Grave Dancer,” sends out e-mail clues in the weeks leading up to the party on who the guest performer will be.

In the past, Zell has had The Eagles, Bette Midler, James Brown, James Taylor and Aretha Franklin perform at his birthday parties.

The real estate mogul doesn’t forget about his guests’ appetites. He usually has some of Chicago’s finest chefs and restaurateurs cater the affair.

In 2011, there were, reportedly, seven different chefs working the room.

WeWork plans to renegotiate leases as coronavirus worsens its woes 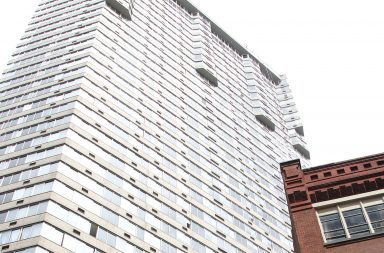 This luxury rental building is expected to fetch $400 million