New York City’s St. Thomas Church on Fifth Ave. at W. 53th St. has just squeezed $71.12 million out of thin air — from the air rights above its steeple, to be precise.

The church is lucky enough to be on the same block where real estate firm Hines, Goldman Sachs and Singapore-based Pontiac Land Group are developing 53W53, a new 1,050-foot tall residential tower next to the Museum of Modern Art, providing an “Only in New York” opportunity to score some extra manna from air heaven.

The Big Apple previously approved the sale of up to 275,000 feet of transferable development rights so the church could use the proceeds to restore all 36 of its stained glass windows — and make other repairs to its stairwell, roof and stone.

If all the air rights were transferred for that price, it truly would be rarified air — at $250 per square foot.

The Museum of Modern Art, which originally sold the site to its west to Hines, and will have 36,000 feet of new museum space in the base of the Jean Novel-designed building, has also received another $14.219 million for its unused air.

Although local protesters in 2008 caused some 200 feet to be lopped off the originally proposed 1,200-foot tall tower, since then the cost of air rights has been driven sky high — to a range of $450 to $600 per square foot — and other developers now have several projects rising in Manhattan ranging in height from around 1,000 to roughly 1,800 feet high, or as tall as One World Trade Center’s spire.

Hines declined comment and no one from St. Thomas Church returned requests for comment prior to press time.

Hollister may be competing with Macy’s soon 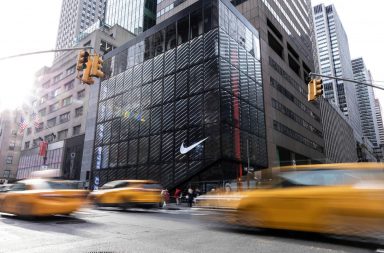